Russian Roulette and the pufferfish

Russian Roulette and the pufferfish 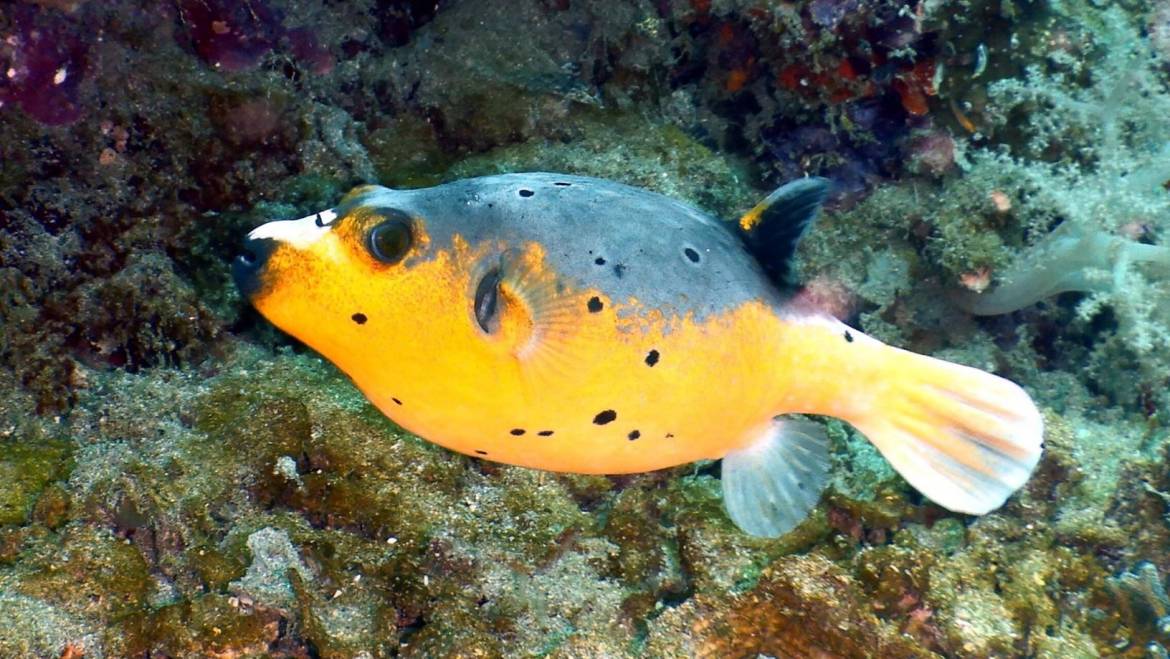 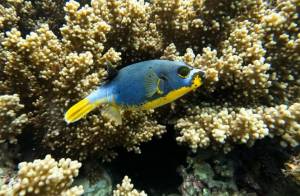 When I first got to Timor Leste one of my first scuba dives was along the beautiful wall at Bobs Rock. On the return leg the current had picked up a bit so we were having to fin against the current, when I spotted a beautiful pufferfish with a grey top and a bright yellow underbelly that I had never in all my diving years, seen before.

Thinking I had spotted something unusual I beckoned my guide back to show him, to which he threw his arms up in a gesture of ‘What?’. When I pointed to the pufferfish, he smacked the palm of his hand against his forehead then set off against the current again. Apparently the yellowbelly dogface puffer was quite a common sight in East Timor’s blue waters.

What makes a pufferfish puff up? 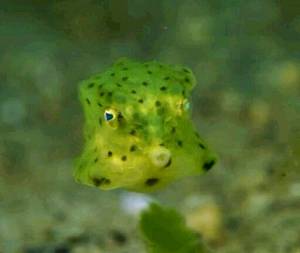 Scuba diving in Timor Leste we are blessed by many species from the tiny yellow spotted juvenile boxfish to the giant map puffer. You will often see 3 closely related fish families: the Tetraodontidae (pufferfish also known as a blowfish), the Diodontidae (porcupinefish) and the Ostraciidae (boxfish, trunkfish).

They are all clumsy swimmers so as a defence the pufferfish and the porcupinefish have the ability to fill their elasticated stomachs with a huge amount of water enabling them to puff up several times their normal size making them more difficult for predators to bite.

The porcupinefish has the added defence of spines on it’s skin making it a very inedible snack.

The boxfish can only inflate itself between 20 and 30% of its body size, but it does have the ability to release toxins when threatened.

Most pufferfish contain a toxin which is foul tasting and potentially deadly to other fish. This toxin is deadly to humans 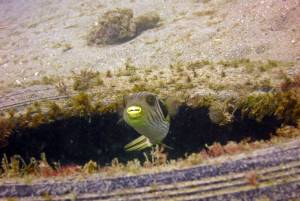 Striped pufferfish at the Jetty

Russian Roulette is a game played with one bullet in a barrel of a gun containing 6 bullet chambers. The barrel is then spun and the participant holds the nuzzle of the gun to their head and pulls the trigger. They have a 1 in 6 chance of dying.

In Japan there is a dish prepared from pufferfish which is called Fugu and is often served as sashimi. The toxins in a pufferfish before it is prepared is enough to kill 30 adults and there is no known antidote. So unless you are highly confident that your chef has removed absolutely all of the toxins from the fish before serving it, eating pufferfish is a bit like playing Russian roulette.

The meat is poisonous due to tetrodotoxin which is a potent neurotoxin. Fugu chefs must carefully prepare the fish to remove the toxic parts and to avoid contaminating the meat. The preparation is strictly controlled by law in Japan and only chefs who have qualified after three or more years of rigorous training are allowed to prepare the fish.

So the moral of the story is take only pictures and leave only bubbles. But if you are going to eat fish then make environmentally responsible choices and only eat sustainable fish and avoid the pufferfish!

Main photo thanks to Marianna Chaves