Timorese culture is a melting pot of numerous influences, including that of the Portuguese, Roman Catholic, Indonesian and  indigenous Austronesian and Melanesian cultures.

Timor Leste’s culture is heavily influenced by Austronesian legends. For example, East Timorese creation myth has it that an ageing crocodile transformed into the island of Timor as part of a debt repayment to a young boy who had helped the crocodile when it was sick. As a result of that transformation, the island is shaped like a crocodile and the boy’s descendants are the native East Timorese who inhabit the island. To read the whole story click here

There is also a strong tradition of poetry in the country. The first president of East Timor, Xanana Gusmão, for example, is a distinguished poet.

In terms of architecture there are still Portuguese-style buildings which sit alongside the traditional totem houses of the eastern region. The totem houses are known as uma lulik (sacred houses) in Tetum.

Craftsmanship and weaving is also widespread. Many woven handicrafts are made including the tais which is worn at traditional ceremonies as well as wooden carved sculptures including crocodiles.

Around 97% of the East Timorese population is Catholic, 2% Protestant, 0.3% Muslim, 0.5% have other religious beliefs. Indigenous religions revolve around an earth mother, from whom all humans are born and to whom they return after death, and her male counterpart, the god of the sky or sun. These are accompanied by a complex world of ancestor, nature and evil spirits. 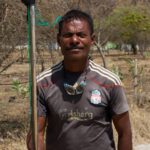 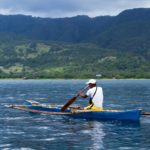 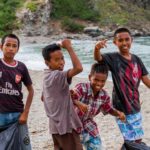 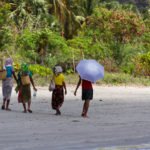