Plastic in the Oceans

Plastic in the Oceans 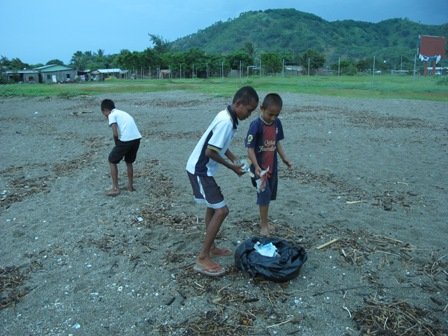 This is a worldwide problem now; plastic is everywhere and for most of the countries, even the most developed ones, not properly recycled, leading to plastic in the ocean..

Today exist 6 different garbage patches all over the world, 3 in the Pacific, 2 in the Atlantic and 1 in the Indian Ocean. They formed gradually as an accumulation of marine debris gathered by oceanic currents. Scientific data estimate than 80% is coming from land sources and 20% from ships.

The biggest of those is the north Great Pacific garbage patch also called The Pacific Trash Vortex.  It’s size is in average 460 times the size of East Timor, imagine that!

The photo-degradation of the plastics is the danger as the plastic will transform in smaller and smaller pieces down to his molecular level and can be then ingested by marine organisms, so entering the food chain.

The effect on wildlife animals and humans are indeed a very big concern. Beside the fact that, of course, small pieces of plastic are absorbed by more than 267 animal species, the microscopic level of absorption is the one that affect humans. Floating debris absorb carcinogen pollutants from sea water who then are eaten by jellyfish or others near surface animals that are themselves eaten by larger fish whose ended up in our meals. Sad story!!!!

For environmental and health reasons, we all should do some clean up somehow, some day in our life. Here in East Timor we can see that it is a major problem when we look around us. The solution is not necessarily a group thing but more at individual level.

It is just hope to us to be part of it!

Dive Timor Lorosae organise every Mondays beach cleanup in Tasi Tolu for the wellness of everything and everybody on this planet.

Just come and join us!