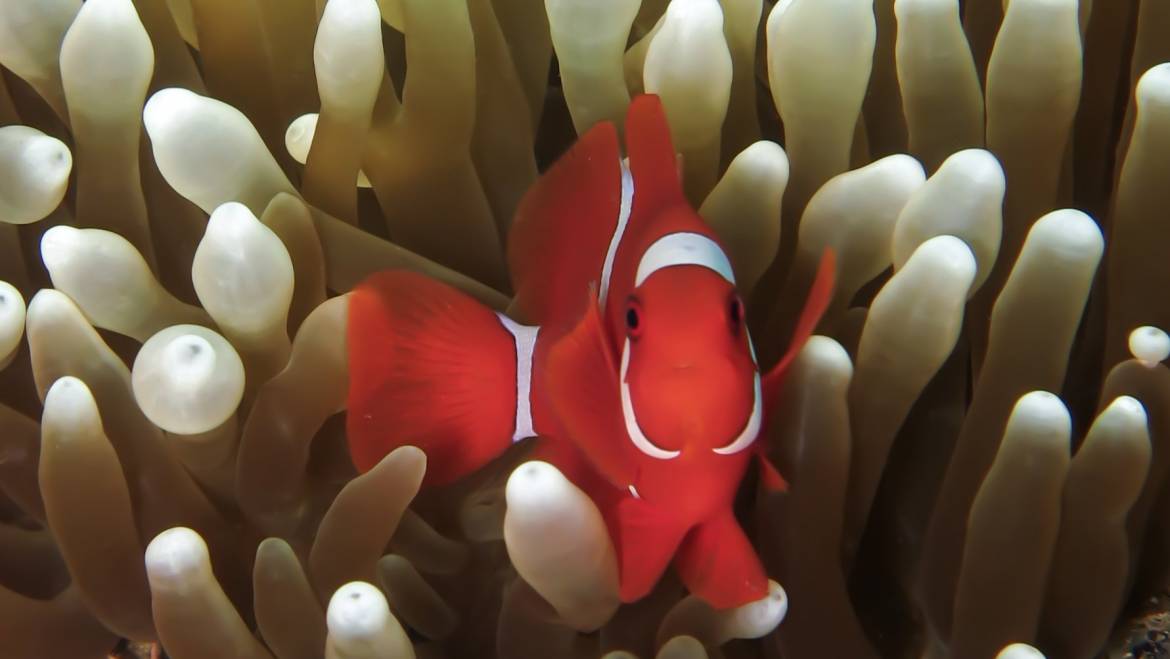 Dive Timor Lorosae had a great Brazilian Instructor called Sato and when he returned from his first dive I asked him ‘How was your dive?’.  I was half expecting him to be excited about the seahorses or the rhinopious, but he replied gleefully ‘I found Nemo!’.  This was not the answer I was expecting as anemonefish are common throughout Asia, but apparently not in the area of Brazil he was from.  In Timor Leste he found his first Nemo.

Anemonefish are part of the damsel family and have the common name of Clown fish or Nemo’s thanks to Pixar and one of the most popular children’s animation films of all time ‘Finding Nemo’. (OK, hands up, I’m an adult and it’s one of my favourites too!).  If you take the first five letters on Anemonefish you get ‘A Nemo’.

However, the writers of Finding Nemo got it slightly wrong as all anemonefish are born male as discovered by Professor Justin Rhodes, if there are no females available, the largest male will change it’s sex to a female.   As much as we like to be politically correct, it would have caused many parents some awkward questions from 7 year olds, so Daddy Nemo stayed Daddy Nemo even though in reality with no other female around he would have turned into Mummy Nemo and probably mated with his son.

Home is a Symbiotic relationship 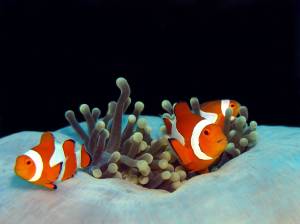 When the anemone balls up the fish are evicted

The only problem is when anemones curl up to excrete waste or eat, the anemonefish, crabs and shrimp that inhabit the anemone suddenly find themselves evicted. 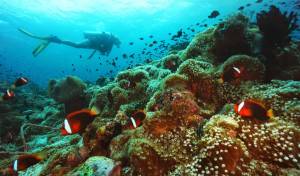 Hundreds of Nemos at Lone Tree

Where can you find nemo in Timor Leste?  Literally every dive site!  Timor Leste has so many different species of anemonefish; Clarks, Tomato, Pink skunk, Spinecheek and of course the star of Finding Nemo itself, the Ocellaris clownfish

One of the most famous sights is at Lone Tree where there is a blanket of anemones with hundreds on anemonefish in the shallows.  Great for Junior Open Water divers because if you ask them to count the nemo’s, it curbs their natural enthusiasm to swim everywhere underwater and they stay in one place for a while.  It makes an awesome safety stop at the end of a dive too.

Not so cute Nemos

Anemonefish are very protective, especially when they have eggs, which you will find at the base on the anemone.  A friend of mine took a photo of me at Tasi Tolu where a feisty little anemonefish was still having a go at me, swimming underneath me, three meters away from its anemone. I obviously got too close, but with fins I’m two meters long and the fish was 3cm!

Anemonefish also fight other anemonefish so be cautious with a camera or getting your mask too near to them as they see their reflection and think it’s another fish.  They can give you a nasty nip if you are not careful.

But it’s hard to resist looking in an anemone as its often also home to some beautiful crabs and shrimps. Take a look next time you dive, you never know what you might find.