The Legend of Crocodiles in Timor Leste

The Legend of Crocodiles in Timor Leste 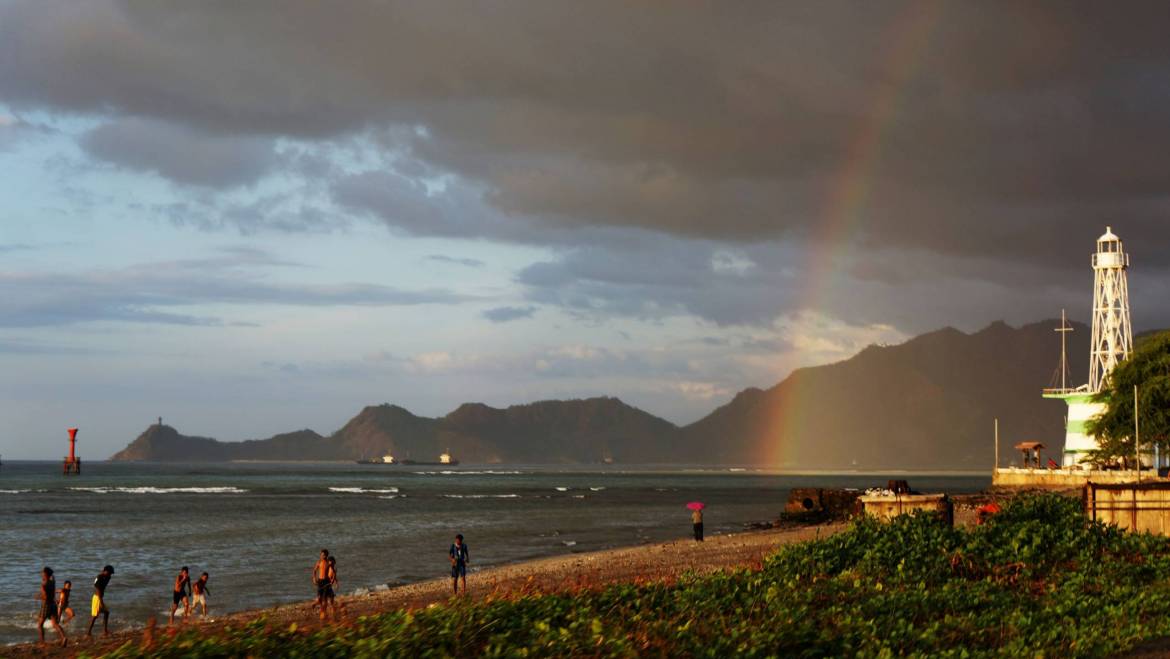 The people of Timor Leste revere crocodiles, they are classed as sacred as it is believed that Timor Leste was made from a crocodile.  Here is the story behind it.

Timor Leste was made from a crocodile

Once upon a time in a land far far away lived a small crocodile. Like many small crocodiles he had a dream to grow big and strong and become one of the biggest crocodiles ever to live. But as seasons changed and time passes, the land became dry and food became scarce. The crocodile could not grow big and strong and instead grew weak and sad. In desperation he left his home in search for food and travelled far into the ocean. Still unsuccessful in his attempt to find food he returned to land where laid down ready for death to come. But, instead of death came a small boy. The boy was sympathetic to the crocodile and took time to feed and nurture him back to health. When the crocodile was back to full health, he turned to the little boy feeling grateful for what he had done and said ‘boy, thank you, you have saved my life and I will not forget this, whenever you need my help call me and I come and do whatever it is you ask.’ And the crocodile left. 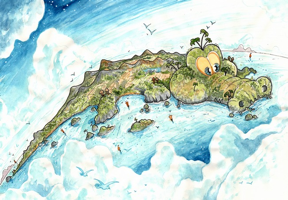 Years later the boy went back to the same spot and called the crocodile. When the crocodile arrived he asked ‘what is it that you want boy?’ and the boy responded by telling him his dream, ‘I am ready and I want to see the world, this is my dream’.  The crocodile replied  ‘climb on my back and point where you want to go.’

They started travelling and for many years did not stop until one day while they were travelling East, following the sun when the crocodile stopped. ‘It is time for me to die brother but as a gift for your kindness I will make you a home, I will become an Island for you and your children where you can live and watch the sunrise above the sea.’ And with this the crocodile died. Within minutes he began to grow, he grew and grew until the ridges on his back stretched high up into mountains until this day where he is known as the island of Timor Leste.

Where can crocodiles be found?

One of the most common questions we get diving here in Timor Leste is, ‘are there any crocodiles?’ Yes there are but we live in the north of the island (Dili) and they are predominant in the south.

There are stories and murmurs of sightings here and there in the north but we are yet to see one in the last ten years that has ventured this far. Crocodiles in Timor are sacred and you will see them used all over East Timor from statues to business logos, on sporting team jerseys and postcards but despite it’s wide presence, the Timorese still flood to the beach every Sunday without a second thought and we still scuba dive everyday forgetting they even exist.

If you use your imagination and look at the top photo which is the view that you can see from our dive centre, you will see the statue of Jesus sitting on the snout of a crocodile.

Click here to find out more about Timorese culture