When is the best time to Dive?

HomeBlogEnvironmentWhen is the best time to Dive?

When is the best time to Dive? 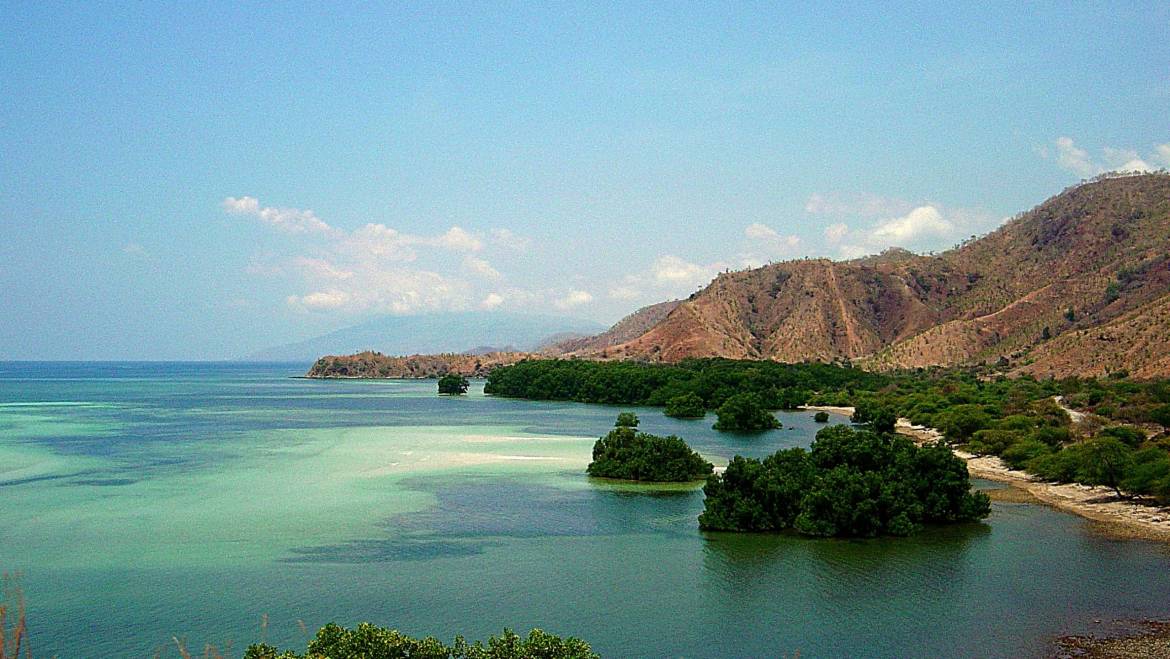 How to choose the best time to dive in Timor Leste

Choosing when to dive in any specific location is a common concern for any diver. Certain dive sites allow a broad range of time options, as the main criteria is limited to the weather conditions. Those privileged sites have small tidal excursions all year round, and consequently, little and quite predictable currents. This is the case of enclosed seas, such as the Mediterranean or the Black Sea. However when we dive in the Ocean, things are quite different. Currents may become a determining factor in dive planning, as important as weather conditions. Being able to predict, with a certain degree of approximation, the direction and strength of the currents, therefore constitutes an important skill that every diver should master. 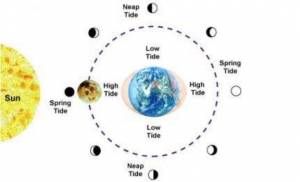 To understand a bit better how our natural satellite influences the movement of the ocean, we can imagine our planet entirely covered by water. In this case the water would be completely free to move, and therefore we would always have an ocean bulge constantly directed towards the moon, and another bulge on the opposite point of the earth (due to the centrifugal force). These two opposite bulges would move around the Earth from east to west, completing a full tour of the planet in approx. 24 hours and 50 minutes (that is the time approximately taken by the Moon to appear in the sky in the same position). Therefore we would have a peak of high tide every approx. 12 hours and 25 minutes, with the low tides exactly in between them.

This continuous oscillation between high tides and low tides resembles a gigantic wave, whose length equals half of the latitudinal circumference of the Earth (about half or the Equator length when we are located close to 0° of latitude). As with all oceanic waves, we would therefore have a water displacement moving in the same direction as the wave whenever the tip of the wave (the bulge) is approaching, and a water displacement moving in the opposite direction when the bulge is moving away. Forecasting the direction of the tidal currents would therefore be very simple: whenever the tide is rising, the current would be directed from east to west, and whenever the tide is decreasing, the current would be directed from west to east. 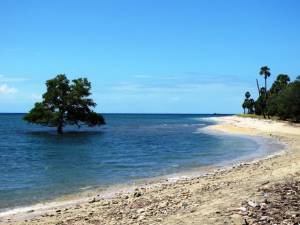 However our planet has a lot of emerged lands, which create a significant obstacle to the free circulation of the oceanic waters. In most location worldwide, the tides and the relative currents are delayed, deflected and desynchronized by the presence of continents and islands. The actual work of forecasting the tides and the currents therefore relies more on factual observations throughout the years, rather than on calculations. As we observe patterns of tides and currents repeating cyclically throughout the time, we expect such patterns to keep repeating, and that is how most tide tables are designed. However, in a few privileged locations, where land masses offer little resistance to the ocean circulation, some approximate prediction of tides and currents is possible just by observing the moon.

Luckily for us, the northern coastline of Timor Leste is among those rare, privileged locations. With a coastline almost perfectly oriented from East to West, and the closest emerged lands nearby disposed in the same direction (the Indonesian islands on the north of Timor), we have in front of us a quite deep channel oriented from East to West. In this channel, the water movement caused by the tides suffers little influence from the landmasses, as it has the same direction as the channel. This means that for the northern coastline of Timor we can roughly predict the tides and currents by adopting the model of the land-free planet described before. Considering Dili as a reference point, on new moon and full moon we have a peak of high tide around both noon and midnight (when the moon is on the zenith either over Dili, or on the opposite side of the planet. We just need to add a delay of about 1 hour on the expected peak of tides, caused by the drag produced by the coastline and the ocean floor that slows down the movement of the water).

When the tide is rising, we are then on the ascending side of the tidal wave, therefore the dominant current in the channel between Timor and the island on the North is directed from East to West. When the tide is decreasing, we are instead on the descending side of such a wave, therefore the current in the channel is directed from West to East.

Does this constitute a reliable way to predict the currents and the best time to dive everywhere on the Northern coastline of Timor? At about 1 mile from the coast it is, but things change when getting closer, especially in the first 100-200 metres from the coast. Due to the irregular shape of the coastline, the current that runs along it faces a considerable drag, which causes turbulence and whirls. In some points, especially behind a headland, we may expect a localized current that has exactly the opposite direction of the dominant current in the channel, due to a whirl created by the headland itself, downstream of its position. This is especially true with dive sites such as Dirt Track (where the current changes direction from one point to another) and Lone Tree. 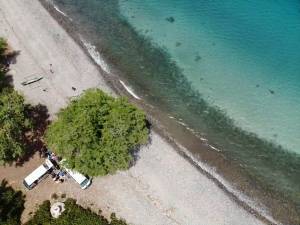 Where the coastline instead is more regular and the drop off is at a sufficient distance from the coast, such as in Behau Village and Secret Garden, the direction of the current follows more closely the direction of the current in the channel, so our forecasting model is more reliable. However there are different considerations when choosing the best time to dive at Christo Rae and Secret garden as the coral bed is very shallow so these can only be scuba dived at mid to high tide, not low tide.

Different considerations work for Atauro, as its coastlines are oriented roughly from North to South (with the exception of the south side of the island, where Berau and nearby dive sites are located). The east side of Atauro is invested by the tidal wave when the tide is rising, so the related current splits in the middle, producing a northwards current on the north (Acrema and surroundings) and a southwards current on the south (Vila and south of it). The same happens on the west coast of Atauro when the tide is decreasing, as in this case the water displacement moves from the west towards the east. Forecasting the currents on the side opposite to the direction of the main current in the channel however is more complex, as large sized whirls are formed there, which keep evolving and changing within a short time.

Summarizing, knowing the tides allow us to forecast the currents with a good degree of reliability in most locations along the north coast of Timor. If we forget to check the tide tables ahead of time, we can still get to know them from the position and phase of the moon. Known the moon we know the tides, and known the tides we know the currents. Such forecasting work can become useful also while choosing the dive site, if we know roughly how the coastal profile interferes with the main current in the channel (it requires a bit of experience on the same dive site to understand that). It is always advisable, however, to check the current before every dive, especially in dive sites where the coastal profile favours the formation of large whirls, such as in Dirt Track.

Going back to our original question, that is when is the best time to dive, the answer is: when the current is the lowest. This happens when the current is about to change direction, therefore, for what we discussed before, this happens in correspondence of the peaks of high tide and low tide. Therefore if one day we expect strong currents, as on those days which are close to the new moon and full moon, it is worthy to plan our dives across the peak of the tides, getting in the water just half an hour before either high tide or low tide. And this is a rule which works in all dive sites around the world, not just in Timor Leste.