What do you know about nudibranchs?

HomeBlogArchive2013What do you know about nudibranchs?

What do you know about nudibranchs? 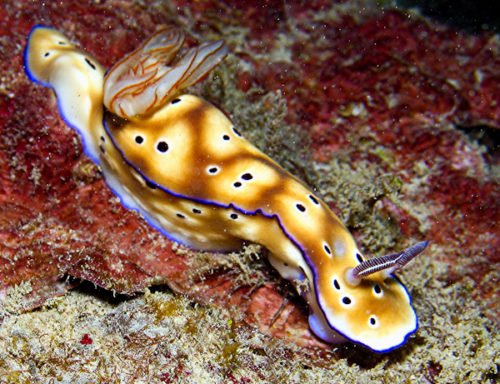 So many different colours and shapes, more than 3,000 known species so far and new ones are still being discovered. If you are crazy about these interesting creatures as we are, you might want to know some curiosities about them. Nudis can see? Yes! Although they have eyes, these organs are far less developed than those of humans. They cannot discern images or colour, but there is evidence that their primitive eyes are sensitive to light. Nudis can smell? Yes! It�s the primary method to find food for most of them. The two horns they have in the head are the �rhinophores� which is derived from �rhino� for nose and �phore� for carrier. Nudis can hear? Yes! They can detect vibration and changes in pressure waves that are equivalent to sound waves in air. They also have gravitational sensors, which gives them spatial orientation. What do they eat? Yummy!! Food preferences vary from algae and corals to various forms of animal material including cannibalism and the eggs of their relatives. Some nudibranchs create their own food by eating coral with algae. The nudibranch absorbs the algae’s chloroplasts and do photosynthesis using the sun. They are called �Solar Powered.� How they multiply? All adults nudibranchs are hermaphroditic � they have both sex � but still requires two individuals to pass sperm from one to the other. The genital openings are located on the right side of the body and mating occurs when two individuals position head to tail with their right sides together. The number of eggs laid can vary from as few as one or two to as many as 25 million.