The History of Scuba Diving

The History of Scuba Diving 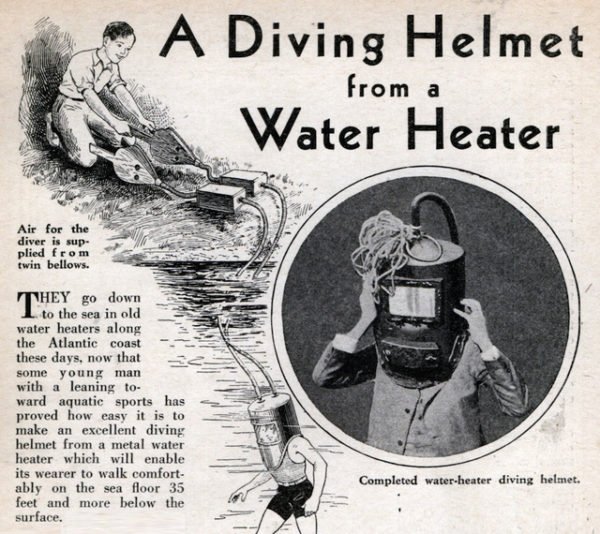 The History of Scuba diving goes back through the centuries!

The first reference in the history of scuba to specific attempts at breathing underwater is a Greek Warrior who escaped from his Persian captors, then created havoc amongst the Persian fleet by cutting the ships loose while submerged and breathing through a hollow reed. Another historical note is where Alexander the Great used a wooden barrel as a diving bell to clear the harbour at Tyre in 332 B.C. In very early times the methods used, such as hollow reeds and inflated bags of air were largely limiting, both in terms of depth as well as the time this allowed the swimmer to stay underwater.

In the 1500’s people began to use primitive diving bells which operated simply on the basis of air being trapped under the open bottomed container, from where the diver would venture out and return for short excursions until the air became un-breathable – you can imagine the potential for accidents! As time has passed and peoples understanding of the physical requirements to undertake extended dives, as well as advances in technologies, the equipment used became more and more sophisticated.

In Europe in the 1500’s leather diving suits were used, combined with air from manual pumps to depths of 20 meters. This progressed over the next two hundred years until the well known steel and brass diving helmet with rubber suits were being used, for extensive dives to undertake commercial salvage underwater. Research carried out by Paul Bert and John Scott Haldane helped explain the effects of water pressure on the human body and in turn defining the limits involved in compressed air diving. There were technological advances in terms of pumps and other equipment which allowed people to stay under water longer as well.

When talking of the History of Scuba the name Jacques Cousteau is synonymous. Jacques Cousteau and Emile Gagnan made the next significant step taking the development of Scuba to the point where it became accessible to the masses. In 1943 they developed the demand regulator similar in principle to that developed by Rouquayrol-Denayrouse in the previous century. By the 1970’s the equipment used, such as Buoyancy Control Devices, pressure gauges and single hose regulators became the norm as did dive computers in the 1980’s (what a relief!) That’s the gear we still using now. And what’s for tomorrow ? The mask, dubbed Triton, invented by a south korean designer acts like a fish gill to extract oxygen from water so that the user can keep on breathing while under the sea. That’s James Bond’s gadget !! While it may not be as slick as a rebreather, designer Jeabyun Yeon, who came up with the concept, believes it will change the way people approach water….