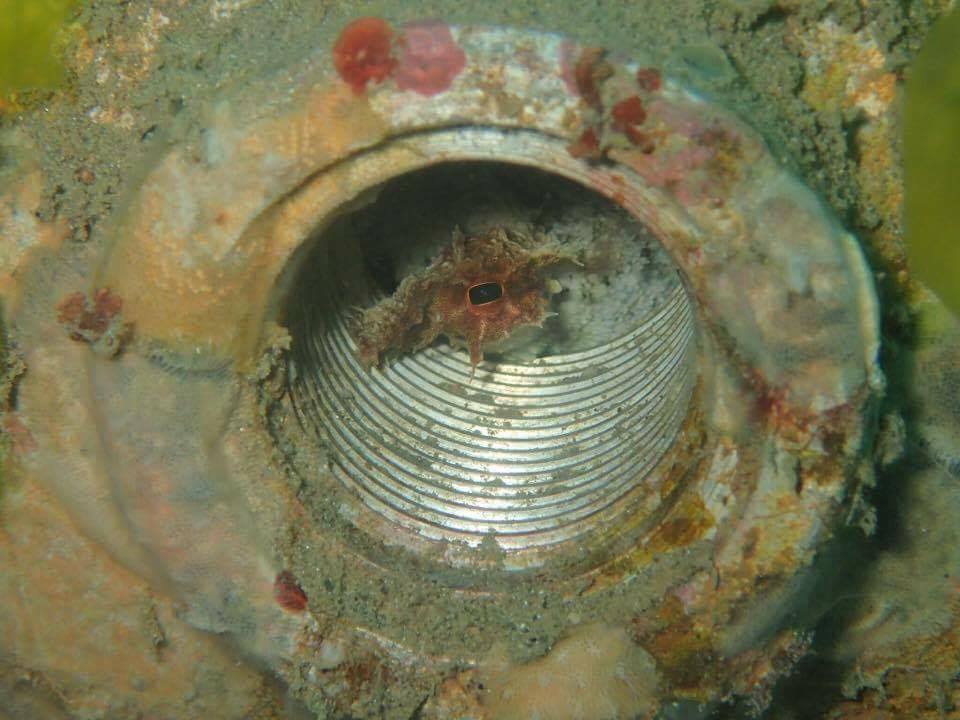 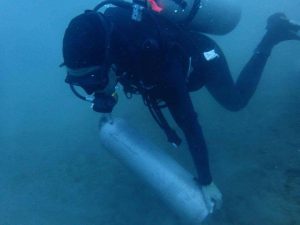 Well for those of you who are resident in Dili you may have noticed the recent occurrence at DTL’s original artificial reef “RODA REEF”. I am of course referring to the new construction that people keep telling me has something to do with a fancy resort wanting a jetty; to be totally honest I actually have no idea what the plan is there, all I know is that it could severely jeopardise the future of “Roda reef” as a dive site.

For people who have no idea what on earth is “Roda reef” either have a read of the original blog by clicking the following link: Roda Reef.

in 2014 the staff at DTL made an artificial reef out of old car tyres (Roda meaning tyre in tetum) with the idea of creating a hub for marine life in an otherwise sandy bottom. This dive site attracted frogfish, glassfish, various shrimps, groupers, pufferfish and scorpionfish, including leaf scorpionfish and soon became one of the more popular local dive sites.

Okay so that leads me to the this blog’s title- DTL ARTIFICIAL REEF PROJECT NO 2; “LA CASA”

Considering the initial success and recent activity at “RODA REEF” the current staff at DTL thought it might be worth while to start a new project with the same aim as it’s predecessor – To attract life and create a cool new dive site. As permissions were already gained to build in Tasi Tolu bay area, we were assured the project would be approved- thus began exploring the area from east of Tasi Tolu dive site to west of Roda reef looking for a suitable spot. The ideal area needed a reasonably flat but not too deep sandy bottom, some life in the area but nothing we could destroy by putting structures in, an easy entry and exit point preferably with somewhere to park and of course not on top of an existing dive site. Once this was decided it was onto planning…

Recently, we just replaced all our old tanks and decided to plan the new reef around recycling those. We set about making the plan, not only as to how the reef should look but also how to figure out the logistics of getting the materials down to the bottom. As inspiration flowed the idea of making an underwater ‘house’ became popular hence the dive site name of ‘LA CASA’ (because Spanish is the sexiest language haha or because 2 of the staff are latinos and it does sound cooler than ‘The House’)

I feel like keeping an air of mystery about the dive site is advisable so your curiosity gets the better of you and you come ask us for more information but I will say it took hard work, determination and imagination to set up this reef – a scuba tank full of water is super heavy  and makes positioning for structures an interesting dive skill. In addition to tanks materials included metal, concrete and wood plus a few palm leaves- we were very careful to remove any polluting elements such as plastic or paint as best we could and opted not to use any of the plastic rope for attaching things instead we used metal wire.